Should investors be worried about US-China relations?

A rising China creates the potential for tension between itself and the leading world superpower, the United States. Investors should pay attention to the shifting of global power structures.

For much of the last century, the United States has enjoyed a long-standing position of dominance within the world political system. However, we believe we are entering a new political paradigm and are moving towards a ‘multi-polar’ world, one where the US is joined at the top by other powers such as China. The US must find a way to share its global power or risk falling into what is known as a ‘Thucydides Trap’.

This concept speculates that when a ruling power (in this case the US) feels sufficiently threatened by a rising power (China for example), the ruling power may engage in pre-emptive measures with the challenger in order to protect its position. Where these measures of the past may have consisted of slings and arrows, the threat of a China-US standoff today might consist of trade tariffs and cyber-warfare.

In recognising both the changing political as well as economic landscape, we can better inform our investment outlook. This thinking feeds into our medium-term view that investors should remain cautious in their allocation to risk assets.

In fifth century BC, Sparta was the dominant ruling power in ancient Greece. However, as the city-state of Athens developed its economic and military power, it came to challenge Sparta’s position. Thucydides, a contemporary historian, had the following interesting reflection on why the war between Sparta and Athens was more or less a given: According to the Greek historian, human emotion through a mix of hubris and fear was both the trigger and the reason conflict could not be averted or stopped.

Does this mean that tension is also inevitable between the US and China? To answer this question, Professor Graham Allison of the Harvard Belfer Center for Science and International Affairs has examined conflicts from the Early Modern period to the present to determine how a Thucydides Trap developed and its outcome. In 12 out of 16 cases, the result was a major conflict (see Figure 1) showing that while a conflict is not inevitable, the odds as presented here are high. 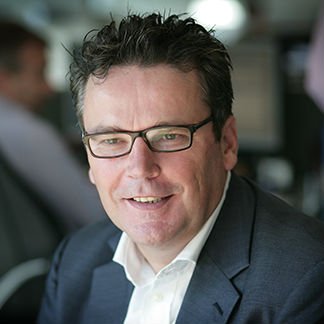